In today’s world, teenagers and young adults have easy access to apps and websites that can be extremely inappropriate and sexual. Long gone are the days of pornography being something concealed behind the clerk at the convenience store. What was once out of reach from the “too young” or those too ashamed to make an actual purchase is now easily accessed from the privacy of your own computer, phone, or tablet. Anyone can view porn or sexually related content and teens are a huge target. Not only are teens viewing porn, new apps allow them to participate in spreading it or even making their own. These apps are not marketed as pornographic tools but are innocently classified as social networking platforms. They proclaim connectivity and social interaction with friends and family. This may sound innocent but the truth is these apps are very often used for accessing and sharing sexual content.  Parents often remain oblivious to the dangers of apps and websites and think they are harmless forms of communication. However,  websites and apps such as Snapchat®, Instagram®, Twitter®,and many other websites can lead to kids putting themselves in dangerous situations. In order to ensure that children today remain protected, parents must become aware of the potential dangers of allowing kids to freely use these apps without direction or oversight.

In this two-part post we will take a look at the most common websites and apps and help parents understand better how teens are using these sites to view, share, and create sexual content. In this first post we will look at Snapchat and Instagram. Then in part 2 we will cover four other commonly used websites and apps. If you are a parent of a child who owns or has access to a wi-fi enabled device it is our desire that this would be the beginning of becoming more informed about the potential danger right at the fingertips of your child. 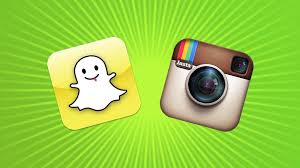 Snapchat is an app where the user sends pictures of themselves to their friends that disappear after a set time. The user can select a time range from one to ten seconds, and after that, the sent picture supposedly disappears. However, many do not realize that their pictures can be easily saved with a  screenshot (which they will be notified of) or secretly saved using other apps. These third-party apps, such as SaveSnap®, allow people to save snaps without notifying the sender, saving an inappropriate picture forever.

Many teenagers use Snapchat to send naked pictures, assuming that they will disappear after the selected time frame, but apps such as SaveSnap preserve the pictures. This activity, better known as sexting, is becoming very common in teens in boyfriend/girlfriend relationships.

Instagram is a social media site where kids post pictures and short video clips. Profiles can be made private, which means that a person must request to follow a user in order to see his posts, but there are also public profiles that allow any user to view posts. Instagram has a feature called direct messaging, also known as DM. This feature creates private messages where the receiver is the only person who can view the texts, pictures, or videos sent. This app, while it appears as an innocent photo-sharing app, can also be used to send naked pictures. Teens also have group messages and these can lead to very provocative discussions. If you had a group of teens left alone in a private place to have a conversation that they knew no parent or adult would ever hear you would imagine it may eventually go to an unhealthy place.These digital conversations are doing exactly that. Without the parental guidance to govern the content, teens quickly explore the “off-limits” areas of sex and do so unhindered by the blushing reality of having to say things face to face. When the fingers do the talking inhibitions seem to decrease and the taboo is no longer forbidden.

In part 2 of this post we’ll look at more social media apps that are used commonly by teens and hope to give parents some insight on these apps and their potential dangers.

*Sarah and Megan are both seniors at Mount Airy Christian Academy. They were interning at Life Counseling Center with Tonya Cherry for a week in December to gain a better understanding of what a counselor does. Megan wants to be a child psychologist and Sarah wants to be a teacher.

By Tonya Cherry My son and I always watch this one show together. We have...

By Tonya Cherry Our kids are growing up in a sexually saturated society. Technology and...

by Tonya Cherry, Eliza Huie, Megan Herdt and Sarah Burgoon* In this post we are...

by Tonya Cherry Before they graduate high school 93% of boys and 62% of girls...

By Tonya Cherry “Mom. Please. I really want one bec…” “That’s enough of that craziness....

Cooper Pinson of Harvest USA answers this question with wisdom and grace.

The suicide prevention workshop is being rescheduled.